If somebody told me what I am smelling on me right now, was a Jean-Claude Ellena creation, I would not doubt it for one minute.

Le Labo’s city exclusive for Tokyo, available throughout the month of November at Luckyscent and the Le Labo webstores, Gaiac 10 is a sheer, transparent creation of wood, very much in the manner of many Hermès perfumes. 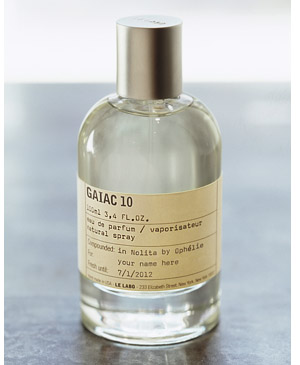 Upon application, I am instantly reminded of Voyage d’Hermès. That is not a bad thing at all, since I love Voyage, it is very much my thing, but on the other hand the questions that arise just as fast are: how is it different, is it different enough, does it warrant attention on its own, or is it just another Voyage that is a lot harder to come by.

Gaiac 10 is serenity in a bottle. Cool, smooth, soft, close-wearing, translucent and meditative, Gaiac 10 is clearly well placed in the Asian market.

It smells like cedarwood with a whiff of white incense on a musky base. There is something slightly citrus-y and peppery in the air, but just a hint. The wood is most prominent and it has a smooth, polished feel. It is clean and very much zen. I like it.

So how about its similarity to Voyage d’Hermès? Voyage has more spices, the cool cardamom is, what the incense is to Gaiac 10. But in general, they do smell very similar, and what is more, they evoke the same feelings in me. Therefore I like Gaiac 10, because I also like Voyage, but Le Labo won’t see me on a plane to Tokyo. When I crave something meditative and cool, I will just go for my bottle of Voyage. 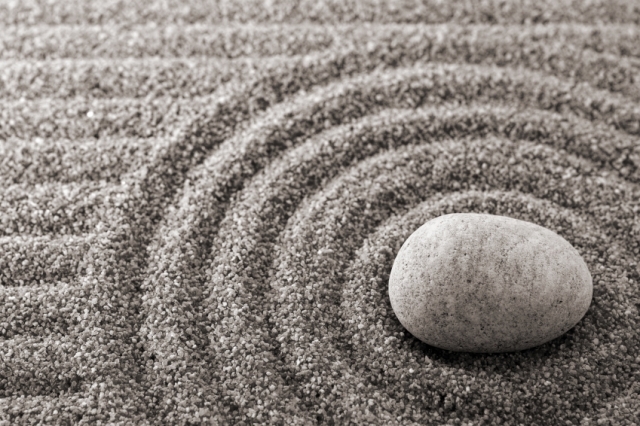 My thoughts about the amount of money saved, have their own zen-like qualities.

I'm on a journey through the world of fragrance - come with me!
View all posts by Olfactoria →
This entry was posted in Fragrance Reviews, Incense, Le Labo, Woods and tagged Fragrance, Gaiac, Incense, Le Labo, Perfume, Review, woody. Bookmark the permalink.