I cannot provide a sound answer other than I was spontaneous and had to go. What am I talking about? Paris. More specifically, Paris in winter. I went to Paris at the beginning of March – not one of the wisest of choices some would say but I love Paris at any time. What is there not to love? Beautiful sights, excellent food, magnificent museums and of course perfume. You name it, Paris has it all and it is magical. 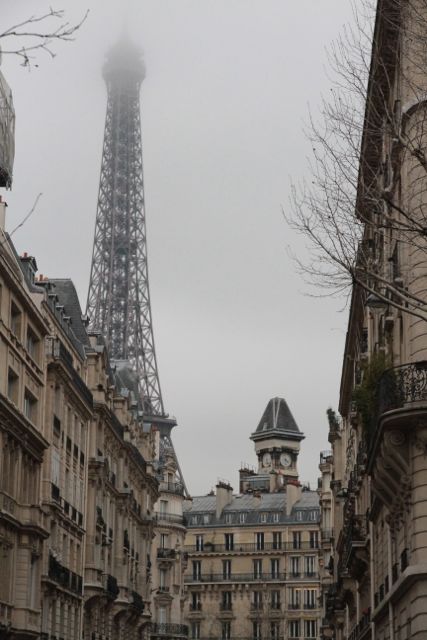 I live in Vienna, Austria where it is notoriously dark and grey during the winter months. This winter has been a nightmare and actually persevered through to April. Never in my wildest dreams did I think that Paris too would be dark and grey.

It was. It was dreadful outside. Thankfully we missed the snowstorm which hit on the day we flew back home.

Paris has become a family destination for me. My three and half year old loves the carrousels and the parks. We mention we are flying to Paris and his face lights up. I was on my own with my son during the days while my husband worked and I was not up for battling museums and sights with an energetic toddler in tow on my own. So I set out, teeth chattering and face and hands that felt like ice to find out what beauty I could find in the city of lights during such dreary winter days.

We braved the cold and set out to the parks with the object to find statues and points of interest. My son gladly undertook this project as he was getting what he wanted anyway – to go to a park and a carrousel. He just had to keep his eye open for interesting objects to photograph. Naturally, his enthusiasm skyrocketed with all the cars and motorcycles, but he got the hang of it once he understood what I was looking for. He even managed to guide me to several odd sculptures in the Jardin du Tuleries.

I photographed away and actually enjoyed the cold misty air and found romance in Paris even under those conditions. Out of five days, we were eventually blessed with one afternoon of sunshine.

Of course no trip to Paris would be complete without a trip my „mothership store“ – Hermès on Rue du Faubourg Saint-Honoré.

The windows were magnificent and much to my son’s delight one window housed a motorcycle with leather wings. 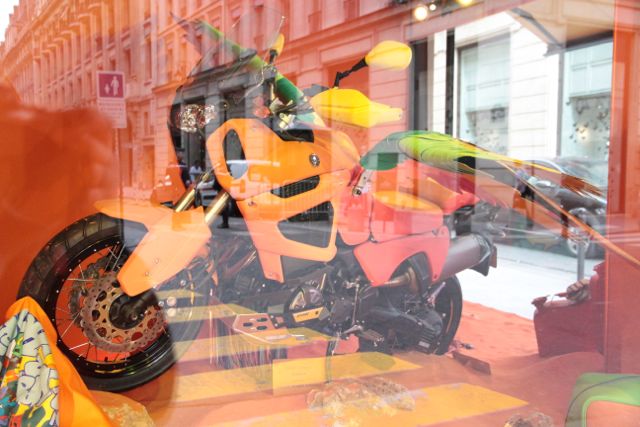 Not only did he love the motorcycle, but on the ground by the motorcycle he spotted some large beetles. The balcony with the horse sculpture was on the inside. (The SA who assisted me allowed me to photograph them – as I did, another SA came rushing up to me shaking his head with a vehement no. I explained about the first SA and he huffed and puffed but let me take a picture.) 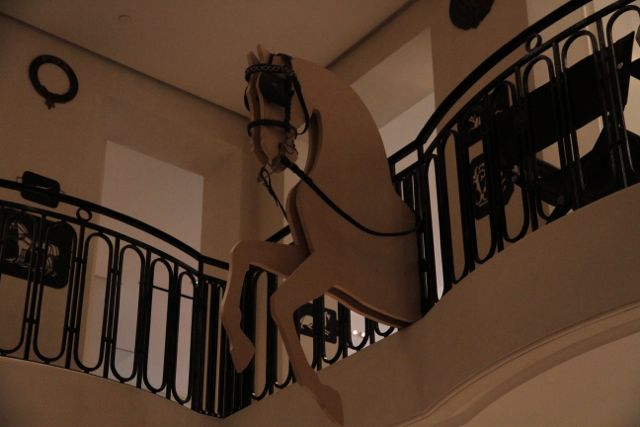 The only perfume shopping I managed to do was the Galeries Lafayette. Silly me, I had only ever explored the ground floor. This time around I went up to the first floor and gleefully discovered all the exclusives were there from Guerlain, Dior and Chanel.

Guerlain on the Champs-Élysées was under major renovation and it was so full that I did not go in. Last time I wrote about Paris and noted that I was not swooning over Jovoy, several said I should try again. What can I say? I did and sorry to report, but I am still not at all impressed with their customer service. 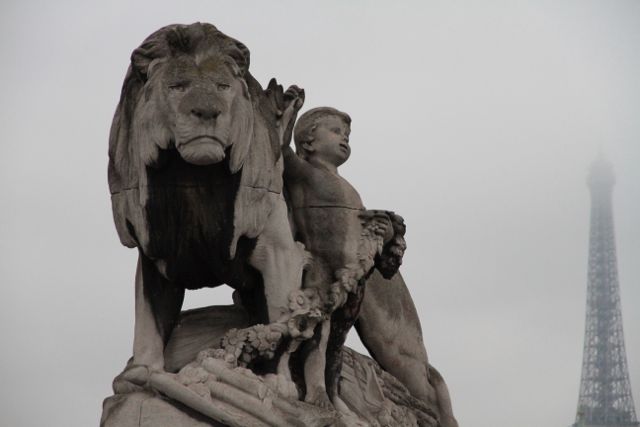 Let me leave you with a few snapshots of Paris in winter. There is something truly magical and romantic about Paris in all seasons.

I'm on a journey through the world of fragrance - come with me!
View all posts by Olfactoria →
This entry was posted in Guerlain, Hermès, Photography, Ramblings, Shopping, Travels and tagged Chanel, Fragrance, Guerlain, Hermes, Jovoy, Paris, Perfume, Photography. Bookmark the permalink.