When my great pal, Val the Cookie Queen, generously gave me a decant from her bottle of Paris exclusive Rose de Nuit, I expected a rose with an animalic edge. On first wear, what I actually experienced was a sexy musk with rosy tones. 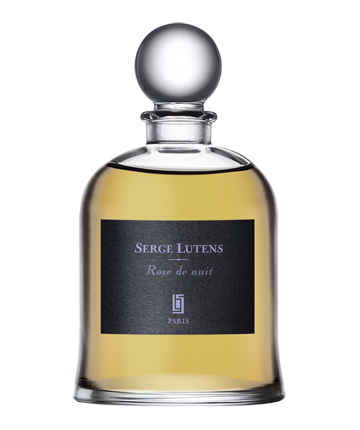 Interestingly, this composition was not done by Christopher Sheldrake but by perfumer Gilles Romey. Launched in 1993, it contains notes of Turkish rose, yellow jasmine, apricot, amber, musk, sandalwood and beeswax.

The musk in Rose de Nuit is not screechy white or skanky beast, but the intoxicating scent of sensitive, ravished skin after an amorous encounter that began early in the evening and lasted through the night. Rose de Nuit captures the sinful bloom on the skin where the blood has risen to the surface.

Serge Lutens calls it a “velvety musk” and it really is.

The rose is slightly blackened, dry and weather-beaten. It has already given up the best of itself. Its petals are suspended in warm, musky unguent with slices of apricot flesh and a smear of honeyed beeswax to help make it wearable.

I wouldn’t say I exactly enjoyed it the first time around but I was intrigued by it. I wanted to experience it again without my expectation of it being more rose-heavy.

The second time around Rose de Nuit was a sultry rose; a mysterious harlot. Now I really started to revel in it. On subsequent wearings, I’ve noticed the rose – and enjoyed it – more and more.

One of the things I love about Rose de Nuit is that it’s not a heavy oriental in the more usual SL style. It’s an animalic rose chypre on a base of woody amber rather than the ubiquitous patchouli or oud.

Rose de Nuit has incredible tenacity and presence. It’s very rare that I am aware of a perfume the whole time but I was constantly conscious of its presence. It accompanied me throughout my day.

This is not to say it’s loud exactly. It just has enough effusiveness to reach and distract me while sitting at my office desk. It certainly makes work less mundane, though it would be more appropriate for a nocturnal adventure. 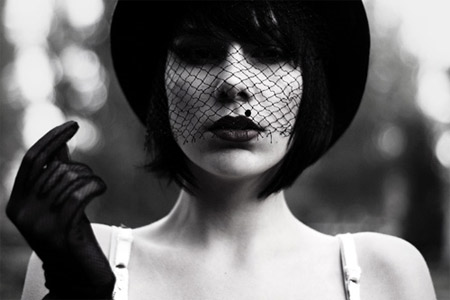 “AS the sweet sweat of roses in a still,
As that which from chafed musk cat’s pores doth trill,
As the almighty balm of th’ early east,
Such are the sweat drops of my mistress’ breast;”

Have you experienced Rose de Nuit? Do you like your roses to be photorealistic or do you prefer them subdued?