Well, Terracotta Le Parfum is a fragrance that really does fit that description. The white florals are dewy but the gentle warmth of vanilla increasingly shines through.

It was first released in the summer of 2014 to celebrate the 30th anniversary of Guerlain’s popular Terracotta collection of bronzing products. It was a big hit, so happily it has not only been re-released this summer, but has joined the permanent line.

Terracotta Le Parfum definitely has an air of elegance but doesn’t take itself too seriously. It feels carefree, as if it’s caught a jet to warmer climes and left its usual fast-paced life far behind.

The Terracotta Le Parfum woman is super chic and gets her golden glow from cosmetics only. She chooses to vacation in style, perhaps on a yacht off the shore of the British Virgin Islands. She accessorises her designer bikini with bold but tasteful jewellery.

There’s no point comparing Terracotta Le Parfum to Guerlain’s main collection. This is an entirely different, dressed down affair.

What’s so very Guerlain about it though – apart from the vanilla – is that it’s incredibly well blended. Lush white florals swirl in coconut water, while the airy vanilla fills it out and gives it substance. The subtlety of the coconut means that it doesn’t scream sun-tan lotion; it merely nods in that direction.

The opening is tiare accented with the citrus of bergamot. As it develops I get some other florals, mostly orange blossom, but the tiare continues to dominate.

Terracotta Le Parfum really is all about that tropical white flower. It’s smooth and shot through with freshness to the point of being almost aqueous. There’s something windswept and billowy about it. I see big blousy tiare flowers swaying in the ocean breeze. 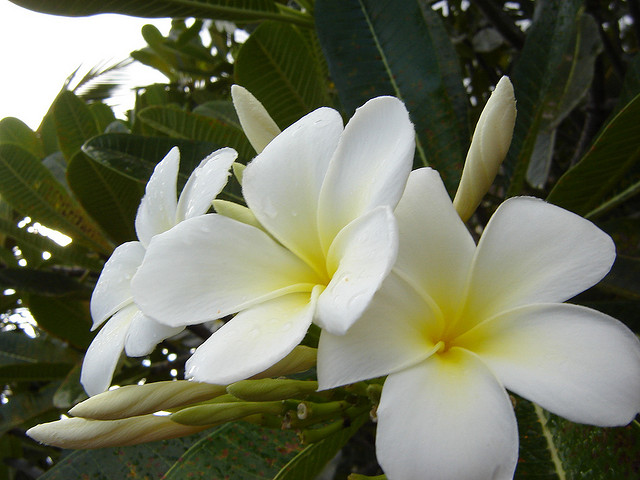 The base is all about lightweight vanilla and a smattering of coconut.

It eschews the oily feel of some beach-y perfumes and therefore it doesn’t have that almost trashy vibe. Not that I dislike that effect by any means, but this is a Guerlain after all – a little class, if you please.

For this reason, you’d be more than comfortable wearing Terracotta Le Parfum to your office in the midst of the city. It doesn’t have its toes completely submerged in the sand.

In terms of sillage, I would say it’s rather quiet, but I find the lasting power to be very good. Even if it wasn’t, I don’t think you should expect serious commitment from a holiday romance.

Have you had a summer fling with Terracotta Le Parfum?

I'm on a journey through the world of fragrance - come with me!
View all posts by Olfactoria →
This entry was posted in Fragrance Reviews and tagged Fragrance, Perfume, Review. Bookmark the permalink.