Nevermore is the beautifully wistful name of the latest release by Frapin. It comes from Edgar Allan Poe’s most famous poem, “The Raven”, which was first published in 1845. In it, an increasingly distraught narrator pines for his lost love, only to be taunted by a raven who repeatedly chimes the response “Nevermore”.

– Extract from “The Raven” by Edgar Allan Poe

The connection with Cognac producers Frapin can be found in the story of a mysterious figure known as The Poe Toaster who visited Poe’s tomb each year onwards from 1949, on the anniversary of the poet’s birth (19th January). After raising a toast to Poe he would leave behind three roses and a flask of Cognac. 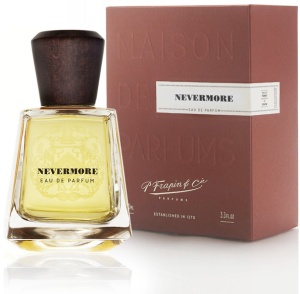 Nevermore grabs your attention from the start, like a sudden gust of wind that takes your breath away. I get a sharp rose and dry cedar shrouded in ivy and veiled in an eerie mist of icy aldehydes. It’s sour, chilled and soapy, feeling like cold sweat on the back of your neck.

I thought Nevermore would be a deep, enveloping rose but it’s woody, thorny and very light in weight. During the early stages, its reminiscent of an overgrown grave among the trees with a few roses strewn across it.

I don’t know about brandy but there is a tart, wine-like quality to Nevermore. There’s also a metallic tinge, like a steel blade hidden in the undergrowth.

Three hours or so into its development, the sharp and soapy notes have faded and I find a little warmth and some spicy sweetness for the first time. It’s still not exactly plush but I find it more to my taste from this point on.

Apparently Frapin wanted to create a “masculine, modern rose”. Well, if a masculine rose can be interpreted as dry, wine-laced and rather subdued, then they’ve achieved this with Nevermore. But the theme and soapy aldehydes don’t make me think of it as particularly modern.

It definitely has the atmosphere of a desolate cemetery, where the only sound is the rustling of the leaves on the trees. Personally I like my rose perfumes to be more full-bodied and less bracing but Nevermore wasn’t intended for those who like a luscious, feminine rose. It has a striking, ghostly presence and its mood is cold, stark and wintry. 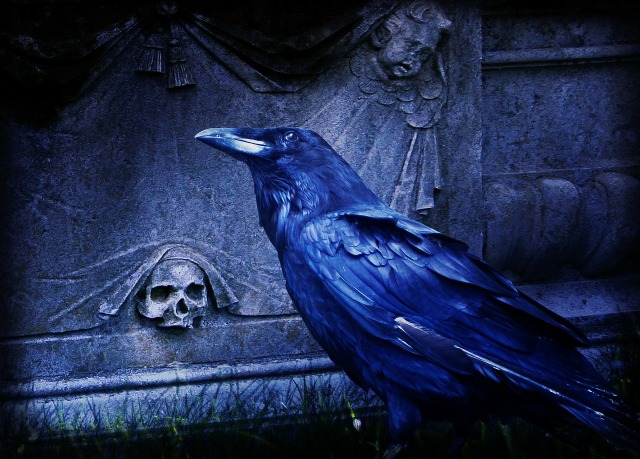 How do you like your rose fragrances? Green and fresh or dark and deep?

I'm on a journey through the world of fragrance - come with me!
View all posts by Olfactoria →
This entry was posted in By Tara, Fragrance Reviews, Frapin and tagged Fragrance, Frapin, Perfume, Review. Bookmark the permalink.