The brand new Eau de Magnolia has a breezy loveliness about it. At first I wondered if it was too understated to make an impact next to its more striking companions in the Editions de Parfums line-up, but now I think not. It’s such a pure pleasure to wear that I wouldn’t be surprised if it becomes a big hit over the summer. 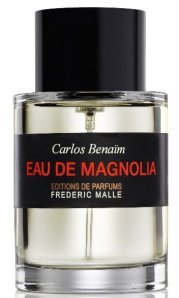 The perfumer behind this latest release, Carlos Benaïm, created the magnolia based Jurassic Flower candle and room scent for the same brand. A discussion between he and Malle about the similarity of magnolia’s odour structure to that of eau de cologne (as revealed by headspace technology) was the starting point for Eau de Magnolia.

As you might expect, there are cologne-style hesperidic notes above the magnolia but then it’s anchored from below with weightier materials. You can see this from the following notes list:

The top note is Calabrian bergamot; middle notes are magnolia, vetiver and patchouli; base notes are cedar, moss and amber.

In the opening you have the fizzing, dancing bergamot but I also get lots of lemon in the form of zest over ice. It’s refreshing and tart but not eye-popping sour. This stage lasts on me for the best part of an hour and feels like the perfect way to start the day in late spring/early summer.

When the effervescence fades it leaves a light sherbet coating on the magnolia petals revealed underneath. it’s a very fitting progression considering the flower is said to have a lemony facet. That light citrus uplift remains well into its development.

The magnolia itself has a drenched quality, as if it’s been doused with sea water: A magnolia flower filtered through an aquatic lens. It’s not the marine melon of calone, it’s just very fresh and dewy as opposed to waxy and creamy (the way the magnolia is in Zelda for example).

So don’t expect to encounter a photorealistic magnolia when you lift your wrist to your nose. Eau de Magnolia is an artist’s impression of the flower rather than a nature study.

While it’s very translucent and hazy, its radiance gives it plenty of presence. One thing it definitely is not however, is a Big White Floral. It’s too silken and subtle for that, despite its luminosity.

I find the heart of the perfume so relaxing it makes me sigh deeply, become heavy lidded and long to while away a languid afternoon on a hammock in the shade. It’s also very pretty in a completely unconscious way, like a naturally alluring woman who is oblivious to the effect she has on the men left in her wake.

As time wears on, the gauzy flower becomes surrounded by a good deal of soft green moss and is grounded by very clean vetiver and patchouli. Nothing is allowed to overwhelm this delicate Southern Belle. 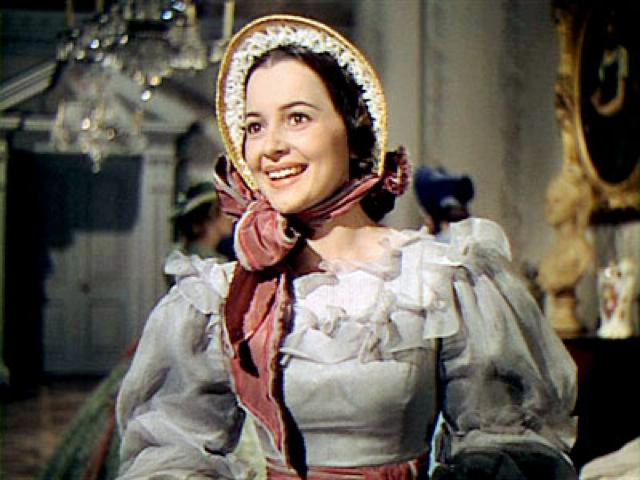 Despite the “eau” in its name and the cologne style start, it is actually a mossy chypre in the drydown. Not the older, austere kind but the loose limbed, fruity variety. That’s the beauty of Eau de Magnolia, you get the lightness and sparkle of a cologne as well as the depth and lasting power of a sophisticated chypre.

I think even those who were hoping for a life-like magnolia may well be won over by its sheer charm.

I'm on a journey through the world of fragrance - come with me!
View all posts by Olfactoria →
This entry was posted in By Tara, Citrus, Cologne, Floral, Fragrance Reviews, Frederic Malle and tagged Carlos Benaim, citrus, cologne, floral, Fragrance, Frederic Malle, Perfume, Review. Bookmark the permalink.