The Art And Olfaction Awards

– The Art and Olfaction Awards

There are only two categories; Indie and Artisan. Perfumers in these categories have until January 24th to submit a sample of their work at a cost of $45 per entry which is limited to two entries of perfumes released in 2013. Submissions are accepted from any country.

The Art and Olfaction Awards are not intended to compete or replace other awards. I come from a film background, and in the film world people submit to many different festivals or awards. We are applying that model to perfumery, so are not trying to be exclusive or competitive with other awards and events. We’re creating a space devoted to independent and artisan perfumers.

Saskia Wilson-Brown
The Institute of Art and Olfaction

Last year there was a lengthy discussion in the comments on Kafkaesque about the FiFi awards. By Jove there were a lot of opinions everywhere about the FiFi award received by By Kilian. There was even a discussion about setting up another series of awards which was cognisant of the differences between niche, indie and artisan categories within the perfume industry. Thankfully this has now happened.

Definitions of Indie and Artisan for the purposes of these awards are here. The awards cleverly transcend any natural vs synthetic categories and gender perceptions of perfume by defining the entrants by business type rather than by type of perfume.

Judges are not allowed to enter their own work and all perfumes will be blindly judged. The judges this time around for The Art and Olfaction Awards are:

The judges will be looking for an X factor as well as technical skill, first impressions, dry down performance and the ability of the perfume to be memorable.

The awards ceremony will held be in Los Angeles at The Goethe Institut on April 25, 2014.

The awards are being produced in partnership and with the support of:
Fragrantica
Lucky Scent
Goethe Institut
The Standard Hotel
Beski Projekts
AutumnSeventy
Odelab
Olfactif
Miniature Perfume Shoppe
Happily 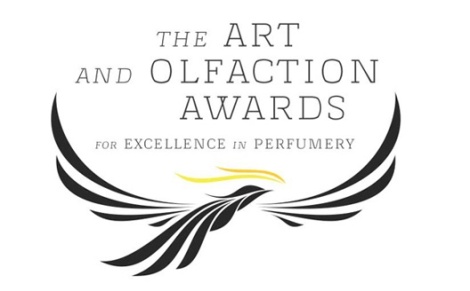 What do you think?

I'm on a journey through the world of fragrance - come with me!
View all posts by Olfactoria →
This entry was posted in Uncategorized and tagged Art And Olfaction Awards, Independent Perfumers, Luca Turin, Mandy Aftel. Bookmark the permalink.

9 Responses to The Art And Olfaction Awards