Yes, Thirty-Three is another oud fragrance but before you click off, please read the next sentence. This is an exceptionally good oud perfume and I’m not someone who is a lover of all things oud-y.

Ex-Idolo Perfumes is a new London based niche perfume house established by Matthew Zhuk. Released in April 2013, Thirty-three is the brand’s debut fragrance and is so named because it showcases an oud which was distilled in 1980 and aged for thirty-three years. It also features “wild harvested Chinese oud oil” which Ex Idolo state has not been used in any other modern perfume. 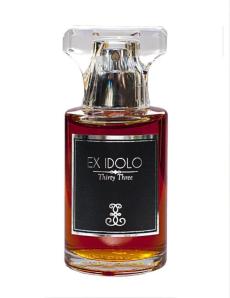 It has to be said that Thirty-three is extremely well blended. Apart from a burst of mandarin at the start and a beautifully deep red rose accord that persists throughout, the rest of the notes seep seamlessly into the pillowy bed of oud. It is sophisticated and seductive in the mould of the wonderful Rose Oud from By Kilian.

For some reason, I had suspected Thirty-three would be rather masculine, but that’s not the case. It isn’t a macho, hairy-chested, animalic oud at all. It’s highly refined and undeniably soft. It has that skin-melding quality which gives it a sensuous, understated elegance.

While longevity is moderate, it does wear close to the body and I imagine some might prefer greater projection. However, if you favour subtlety and are still looking for that one perfect oud for your collection, then Thirty-three could just be the one you’ve been looking for. 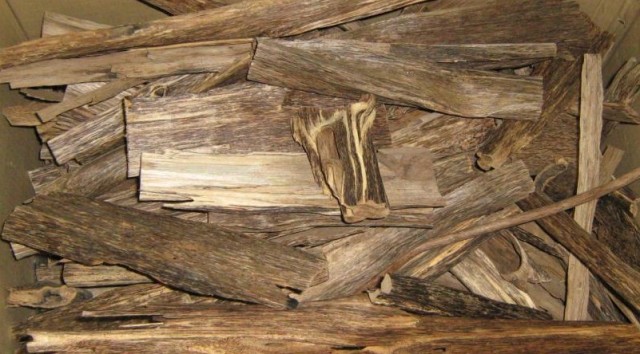 Thirty-three is available at Roullier White, London priced at £90 for a 30ml EdP (samples at £6 each). It is also available online at Luckyscent and Twisted Lily in the US, in stores in Hungary and Canada, with more countries to follow.

I'm on a journey through the world of fragrance - come with me!
View all posts by Olfactoria →
This entry was posted in By Tara, Fragrance Reviews, Woods and tagged Ex idolo, Fragrance, London, Oud, Perfume, Review. Bookmark the permalink.