The digital edition is available for the princely sum of $US 4.62.

ODOU, the print edition is $US 12.45. This is a special launch price which includes the digital version.

I spent a great weekend absorbing the depth of knowledge and breadth of content in the first edition.

…I came across a “perfumista” (a person who loves perfume) on Facebook. Through him I would go on to discover the rich and wonderful world of the online perfume-loving community. These were the perfumistas, the nosenerds, the fumeheads, the scent lovers, the collectors, the hoarders, the vintage fans, the celebrity nay-sayers, the natural lovers and synthetic haters, the niche crowd, the decanters, the elitist crowd, the swappers, the die-hard brand lovers and indie supporters. There were blogs to read, forums to discuss on, tweets to catch up with and perfume meet-ups to attend. It is safe to say, this community is one of the geekiest and passionate you’re ever to mix with…

And of course there is a corner on the web that resonates the most about smell – fragrance blogs. These passionate scent lovers from all over the world write their opinions, impressions and reviews, sharing it, just for the sheer love of it and getting into a discussion from comment threads, forums and tweets. Each perfume blogger has their own style too or sense of wit, their personality shines through and it becomes a pleasure to read in all its facets.

The idea of launching a magazine had been mulling around my head for some time. There is a collective voice from these perfumers, bloggers, artists and scent lovers, among which I include myself. Yet I doubt many people have heard us all in one place.

I believe ODOU is one of the first publications of its kind, something dedicated entirely to smell and perfume alone; the very reason I wanted to launch it. I also think that the collective voice is stronger than the singular and gathering a roster of contributors can truly reflect the bigger picture. Perhaps the stories, essays and art within ODOU will ignite a newfound interest in others, conveying the same sense of wonder I have about smell.

I first came across UK-based Liam when Brie in New York wrote a story called Fantastic Voyage through The Fragrant Stratosphere. ODOU is a great development to come out of the world-wide-webbed perfume community and it is jam-packed with olfactory scribes and perfume whisperers showing the great variety of writing within the perfume-writing genre. 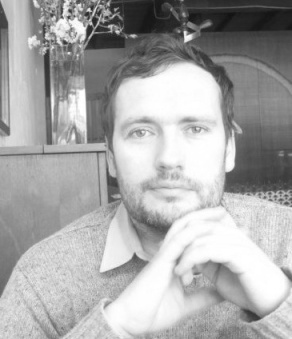 The Black Narcissus himself, Neil Chapman leads off with an exposé on Perfume Haters across the world and delves even deeper into Japanese culture than he has ever done before on his own website.

The next piece gets volatile when Pia Long steps up with a very nosy piece about your nose; an exploration of evolution, genetics, cultural conditioning, diet, medication, mood and more. Her conclusion is also the title of her piece which I will not ‘plot’-spoil by naming here. Pia’s words sent me running to my Mum for her food diary while she was pregnant. I had to find out what odorants (as opposed to actual odors) I may have experience while being formed.

Then we have Perfume Poetry…

… The lost sun is a warm spell on the skin..

Later in the magazine Alex Musgrave, The Silver Fox, at A Scent of Elegance, also waxes lyrically. He thinks that

The abstractions of poetic thought echo the sensation of scent on the skin. Connective synapses of scent and the esoteric reach of olfactory construction echo the erudite build of verse.

According to Alex Musgrave…

in the poem Cire Perdue,

in the poem Vanilla.

I am believing him.

In ODOU Nafia writes an Ode to the Orient. Her nose has a completely different response to Ambre Sultan (Serge Lutens) than what most of us would smell due to her cultural background. Her words explore the Oriental genre of perfume in a Middle Eastern and Western context. This 22-year-old writer and student of Molecular Pathology and Genomics is someone to watch. The future is brighter with articulate young people like her. Nafia has not only smelt the breath of God, she can describe it too. I was not sure about Oud in classic Oriental perfumes however that reference refers to a larger definition which includes the actual Eastern Oriental perfumes rather than Western fancies of what the east would smell like. 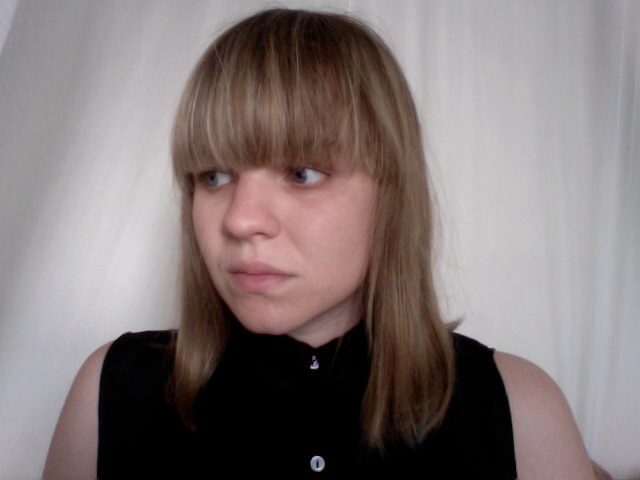 Up next is Alexia Villard smelling some of her friends and family. We find out what they smell like through her photography and words.

Écrite, la merde ne sent pas is the title of the following article. Here I started to become annoyed, mainly because I like to know everything. This is the second time that an untranslated title is used, although later in the magazine Spanish titles are translated. So for your reading pleasure, if you are not a French reader, here are the translations:

The title of the earlier poem Cire Perdue literally means lost wax. This refers to a method of casting where a mold is formed to encase a wax sculpture. The mold is heated so that the wax melts and drains away to be replaced with molten bronze or another metal or sometimes with glass. What it means in this poem can be found within the magazine. Alex Musgrave says he completed this poem when he was preoccupied with the terrible plight of colony collapse affecting the world’s bees. This theme has haunted a number of his poems. You can read more of his thoughts about bees, beeswax and perfume here. 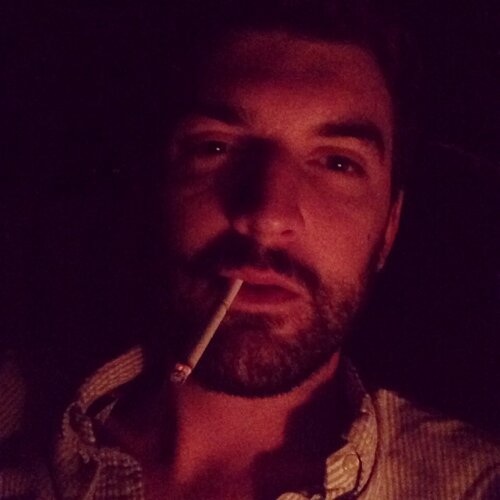 I am translating the title Écrite, la merde ne sent pas to mean in this context ‘written words do not smell’. You may like a more literal translation. I will leave that up to you or Google Translate. Callum Langston-Bolt takes us to Émile Édouard Charles Antoine Zola’s Paris with Thérèse Raquin. I am now searching for an English copy of this 1867 novel which explores olfactory and psychological links as crucial plot thickeners.

The ‘serious literature’ mood is then lightened when Perfumer Sarah McCartney bursts through the pages with Blends for Friends – Making Perfume. This piece tells you how to avoid EU and IFRA perfume ingredient restrictions and is packed full of helpful information including resources and what to buy if you are starting out in this field.

On further investigation of this writer I found that she was part of the Guerrilla Science team responsible for an event called Secret Garden Party where intoxicating chemicals were the canapés (to be sniffed, not ingested). The menu included coumarin, chloroform, ether, sulphurous mercaptans and vanillin.

Segue: Another event by Guerrilla Science was called Sensory Speed Dating where blindfolded people sniffed armpits to find a compatible companion. I like the smell of the human body as well as perfume. What an interesting idea. 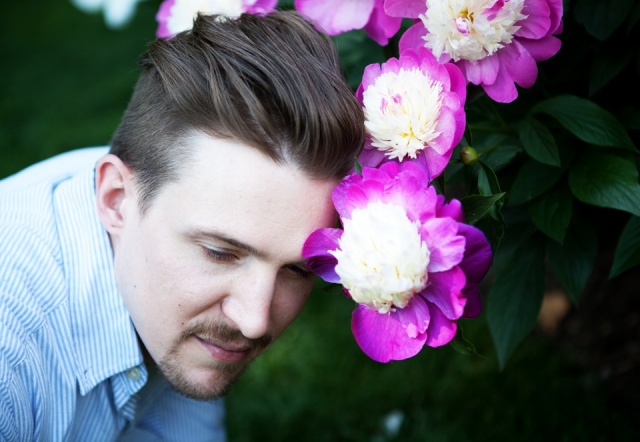 Douglas Bender shares his experience of gender labeling in perfume. This article, despite the expletives, inspired an immediate secret scent mission involving The Scented Hound morphing into a Perfume Mule to track Douglas down at Sniffapalooza where Douglas was a guest speaker. Details to follow in due course. 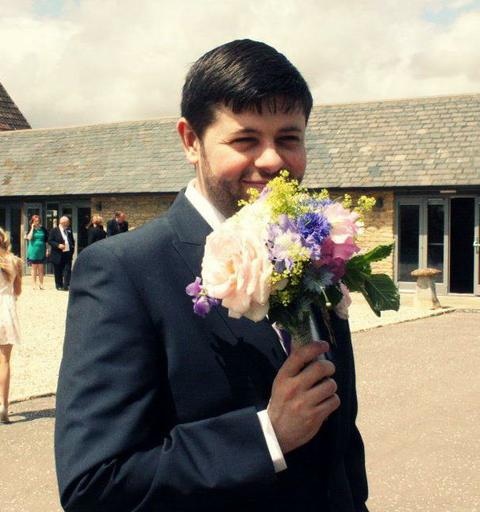 The voracious, in terms of perfume, Nick Gilbert promotes an alternative descriptor of top note; head note (in reference to falsetto in music). I will perhaps embrace this term in future note breakdowns. Nick also educates us about Theremin which sounds like a category of angelic beings. Another new word, Smound, a portmanteau of smell & sound, as well as Molecular Volatility are expounded on by this prolific writer and Olfactive Obsessive. Compulsive reading.

Adolfo Mandera and Stuart Calvin: I had no idea what was going on here but I did enjoy the stroll.

Amanda Saurin shares A Distiller’s Tale where you can find out what the perfume ingredient collecting device, a landanistrio, does. I learnt of the perfumer’s fear of having the laborious collection of galbanum resin stolen by ants.

Gemma Bradshaw and Kelly Gordon wonder if there will ever be any ‘new’ classics after taking us on a tour of the historical ones. I am nominating Ambre Sultan and Fate Women in response to this article. What think you?

Perfume Theorist Juraj Sotosek Rihtarec takes us through the current discussion of Perfume as Art through Art as well as enlightening us on the uses of chairs in his country. I think that he has moved this conversation forward with some artistic molecule manoeuvres. As far as facts rather than well argued theories go; I did take exception to Tapputi suddenly becoming Indian. Tapputi was from Mesopotamia (Babylon, modern-day Iraq), not India. However Juraj has since made a case via email that she may well have emigrated from India to somewhere in Mesopotamia. Interesting.

Segue: Tapputi Belatekallim, a female chemist, is sometimes referred to as the world’s first known perfumer because she distilled flower waters and mixed these with an unidentified balsam. Maybe we will find out more about her in the next edition? The Prophet Miriam, sister of Moses also had aromatic results from her chemistry. There is a bath named after her, the bain-Marie which you may have used for cooking although its original purpose was the transmutation of substances. Miriam was an alchemist with occasional perfumed outcomes. I would like to know more about both of these women.

An intimate love story about the smell of a lover by Paul-André St-George is a fitting end to the first edition of ODOU, especially when Paul-André paraphrases a famous French proverb.

I would consider this publication to be an important development in the perfume community. ODOU is highly readable despite its in-depth writing. I learnt a lot. There is always room in my head for well written analysis and educative words. Art, Science, Literature, Photography, Poetry, Theory and Opinion pertaining to Smell and Perfume have been successful sourced, edited and published by Liam Moore. My only question is; when can we expect edition 2? My final statement is; ODOU magazine – required reading for Perfumistas.

Note for Digital Readers
Pages 2, 56 & 57 are intentionally blank in case you are waiting for words or images to appear. You can read ODOU in your web browser, as a PDF or via the free app called HP MagCloud Reader. The zoom-in function to increase the font size works best on PDF and in the MagCloud Reader.

I'm on a journey through the world of fragrance - come with me!
View all posts by Olfactoria →
This entry was posted in Book Review and tagged Fragrance, Liam Moore, Magazine, Odor, ODOU, Perfume, Review, Smell. Bookmark the permalink.

37 Responses to Odou: Review Of A New Perfume Magazine