I must admit that I struggle with the traditionally masculine vetiver note when it’s centre stage in a perfume, so I hoped this evening might broaden my knowledge of the material and give me a greater appreciation of it.

Neville originally started his vetiver exploration with what many see as the reference vetiver, Guerlain’s Vetiver. Unfortunately it reminded him of Raid fly spray, however he soon found a plethora of other vetivers to fall in love with.

In his introduction, Neville explained how vetiver is a veritable super-plant. The grass is used for a wide range of purposes. The dense stems help in water conservation, the deep root structure prevents soil erosion, the leaves can be used as animal feed, it protects crops from pests and it even has medicinal benefits. It is also used to make mats, ropes and thatch roofs.

The perfume material is taken from the roots and was first used in modern day perfumery in the 1890s. The largest producer today is Haiti, although India and Indonesia are also major producers. There are approximately 300 fragrances with the word vetiver in their name.

First off we sampled vetiver oil from Laboratoire Monique Remy. The pure oil is pretty potent stuff. Earthy, grassy and smoky, it is sometimes described as metallic or medicinal. Personally I struggle with the smoky facet which I tend to perceive as swampy and almost stomach churning. However, I can fully appreciate how the material can add depth to a perfume as well as beings beneficial as a fixative.

Neville: This fragrance showcases vetiver acetate which is the aroma-chemical most commonly used in perfumery to represent vetiver (although it is derived from the plant). It is earthy, masculine and slightly smoky. Vetiver fragrances often open with citrus notes and here it’s given a lift by lime.

Neville: This is at the “classy gentlemen” end of vetiver fragrances. Released in 1959, it’s a good example of what vetiver fragrances used to be like. It’s quite fresh and cologne-like.
Lila: I prefer it to the Guerlain Vetiver. It’s what Guerlain were trying to do, but I think what Givenchy actually managed to achieve.
Audience member: It’s very refined. 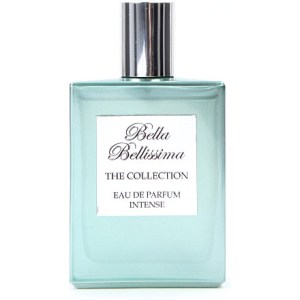 Neville: Vetiver Spice was released this year. I got my bottle online from Selfridges, and it is being sold in the perfume hall there as well. It’s a vanilla take on vetiver.
Lila: It smoothes out the vetiver and rounds off the edges. It might be a good substitute for the discontinued Guerlain Vetiver pour Elle.
Audience member: It’s very sweet.
Neville: I wear a lot of vetivers but when I put this one on my wife says “That’s quite nice”!
Audience member: I get incense.
Lila: It’s very wearable without being simplistic.
Audience member: It’s much more feminine.

Neville: This is Lila’s gold standard vetiver. I saw it described by one online commenter as “a dry vetiver in a damp forest”. I wear it when I’m undecided as to what to put on.
Lila: You know how your tastes develop over time? Well, when I tried this for the first time I felt quite traumatised. I said it was like a damp metal filing cabinet that someone had taken a wee in. Now I like it a lot!
Neville: It lasts about 24 hours.
Lila: It keeps the smoky aspect in check.
Audience member: It’s quite bright.
Neville: It inhabits the same territory as Sycomore by Chanel which is very expensive and doesn’t last very long on me. (Editor’s Note: longevity is very subjective. On me Sycomore is an all-day perfume.)

Neville: I love this. It translates as “black ink” and that’s what it smells like. I spray it in the winter to cheer me up.

Audience Member: Some have compared it to Bulgari Black because of the smokiness.

Neville: It lasts about 8 hours and can be overpowering in warmer weather. 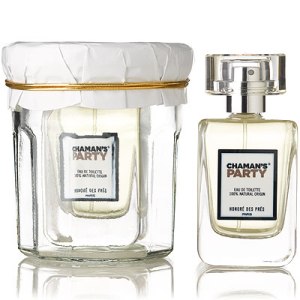 Neville: This was released in 2008 and the perfumer is Olivia Giacobetti. It is 100% natural and its notes are a secret, although the Fragrantica website lists vetiver, hay and basil. In the opening I think it smells like a campfire and bacon (general murmurs of agreement around the room).
Lila: It’s quite leathery. Very unlike Olivia Giacobetti’s usual sheer style.
Audience member: It smells like a horse’s skin after a gallop.

Neville: This recreates the ancient Celtic burial mound, Hellstone, in south west England. It’s oil based so lasts about 3 days. 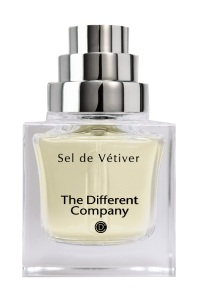 Neville: This translates as “Vetiver Salt” and the perfumer is Celine Ellena. It was released in 2006 and uses two different types of vetiver. It’s a gentleman’s vetiver with a bit of aquatic.
Audience member: It’s a vetiver with an ocean breeze.

Thanks to this enlightening evening I discovered a vetiver I was actually happy to spray on skin – Vetiver Spice. The vanilla tames the vetiver and it has an almost crunchy burnt sugar facet. I also found there are vetivers out there which are fresh and lack the swamp water aspect I find so troublesome. Vetiver Extraordinaire and Grey Vetiver were particularly good. Sel de Vetiver didn’t have the strong saltiness I thought would put my teeth on edge and I found there is even a vetiver out there that smells like bacon being cooked on an open fire. It’s a much broader category of fragrances than I’d previously given it credit for.

If the above has piqued your interest in vetivers, I’d encourage you to continue your reading with Olfactoria’s reviews for Hermessence Vetiver Tonka by Hermes, Mona di Orio’s Vetyver and Coeur de Vetivér Sacré by L’Artisan Parfumeur.

How do you feel about vetiver fragrances? Do you have a favourite?

I'm on a journey through the world of fragrance - come with me!
View all posts by Olfactoria →
This entry was posted in By Tara, Vetiver and tagged Fragrance, Givenchy, Guerlain, Hermes, Lila das Gupta, London, Meet Up, Perfume, Perfume Lovers London, Review, Tom Ford, Vetiver. Bookmark the permalink.