As a child I had favorite pyjamas.

They were light purple and had little blackberries printed all over them. The fabric was the softest flannel imaginable, worn thin from many washings, they even had a little rip over the left knee, but I did not want to give them away, even when they got way too small. Some day my pyjamas were gone, I suspect my Mum smuggled them out of the house in the dark of  night. I was furious of course, but to no avail, my jammies were gone.

I got new ones – yellow ducks, I ask you! – they were flannel too, but obviously my Blackberry Jammies were irreplaceable.

A perfume almost as old as I am, Mure et Musc is my idea of a great musc. That may be a coward’s idea of musc, but I do not care, I love it.

My musc must be soft and sweet not sour and sweaty. 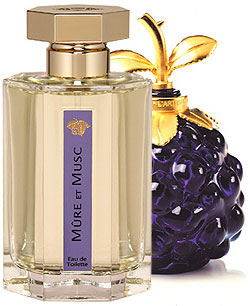 Mure et Musc was created in 1978 by Jean Laporte, founder of L’Artisan Parfumeur. There is also an Extreme (Eau de Parfum) version from 1993, a cologne version and an Extrait de Parfum by Bertrand Duchaufour who created it for the fragrance’s 30 year anniversary in 2008, all of which I have yet to try.

Notes included are citrus, wild blackberry and musk. The perfume – in all probability – contains a lot more than those three notes, but it feels like just three, in a good way.

Mure et Musc is uncomplicated, almost linear, only the blackberry fading over time and the musk getting a little sweeter and softly woody in the drydown, it is simply beautiful in an unfussy, reliable way. The curious thing is that despite its seeming simplicity it manages to smell subtly different on me whenever I wear it. Some days it reminds me strongly of Shalimar, others I get almost no citrus notes, just clean, sweet musk. 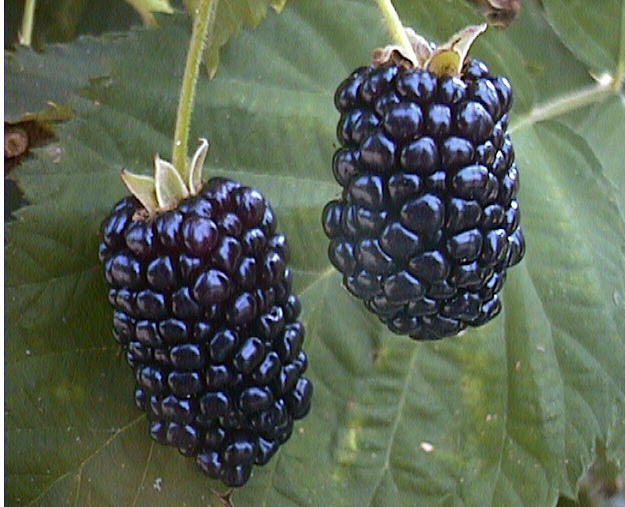 Mure et Musc is such a cuddly fragrance, it is the equivalent of a well-worn and well-loved flannel jammie. Something to wear when I want to feel coddled and pampered in an undemanding and familiar way. I have been wearing it on and off for years, but it always makes a comeback when I need to be consoled or calmed down after another of life’s little setbacks. Or even the bigger ones…

I remember wearing Mure et Musc to my Grandmothers funeral. It was a cold and windy day in May, every time the breeze picked up I smelled the softly calm sweetness of Mure et Musc. And although it reminds me of that day, it reminds me more of my Granny herself than of her death and funeral, and that is how it should be. 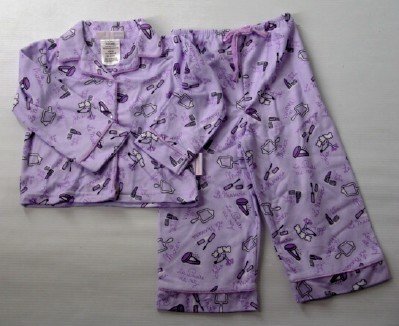 Mine were similar, but prettier of course 😉

That is why Mure et Musc stayed a happy perfume for me, unlike my beloved flannel jammies, it doesn’t get to small or too old.